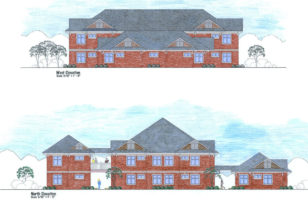 Zuendt Engineering recently work on a project that allowed us to test our strengths, but also serve the community. It is the Jericho Project at Southern Wesleyan University.

The Jericho Project will be a place where walls that separate citizens with disabilities and special needs from the surrounding community will come down.

The Jericho Project is about preparing its residents to live more independent lives, while being part of a greater community dedicated to life learning experiences.

The Jericho Project is a collaboration of Southern Wesleyan University with disabilities and special needs boards in Pickens and Anderson Counties, along with the South Carolina Department of Disabilities and Special Needs.

According to Elaine Thena, director of Pickens County Board of Disabilities and Special Needs, construction of the building should be complete by the end of May, and then details such as furnishing and licensing will take place before the first residents move in at the beginning of the Fall 2019 Semester.

The Jericho Project will house 11 residents with disabilities and/or special needs and nine Southern Wesleyan students. There will be one four-bedroom unit, seven two-bedroom units and two one-bedroom units, each with fully ADA compliant restrooms, kitchens and laundry areas. Also included will be a training/meeting room and a quarter-mile walking trail.

You can learn more about the project in this video done by WYFF.