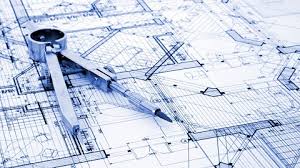 Today is Father’s Day in the USA. To honor that, we want to recognize the man considered to be the father of civil engineering in our country.

Benjamin Wright helped build transportation and canal systems in the United States and served as the chief engineer on the construction of the Erie Canal.

Born in Wethersfield, Connecticut, on October 10, 1770, but moved to what is now Central New York in 1889. In the mid-1790s, the state of New York hired English civil engineer William Weston to make surveys and design canals to allow the state to compete economically with canal-building areas in Pennsylvania and Ohio. Weston hired Wright to help with surveying, and in the next few years the two men completed several canals around the Mohawk River.

813, having raised the necessary funds to build the Erie Canal, the state of New York reached out to Weston again to head this new project. By now Weston was back in England and declined the job. The work then went to Wright, who served as the chief engineer on the project between 1817 and 1825. When workers completed the canal in 1827, the first ship to travel through it received the name Chief Engineer in Wright’s honor.

Wright went on to serve on a number of important engineering projects, including the Chesapeake and Ohio Canal between 1828 and 1831, the St. Lawrence Ship Canal in 1832, and the designs for the New York and Erie Railroad in 1833. He also served as chief engineer and street commissioner for New York City in the latter part of the 1830s.