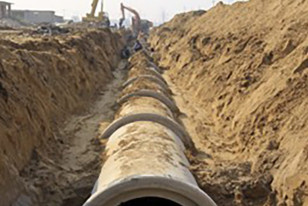 Early in October the massive Crane called the “Left Coast Lifer” arrived on the Hudson River to help assemble the new Tappan Zee Bridge.  The crane was original built to rebuild a section of the San Francisco-Oakland Bay Bridge, which was damaged during an earthquake.  The crane’s capacity is 1,800 tons (3.6 million pounds). 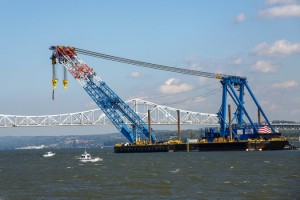 The crane, which sits on a barge, made its way down the Pacific Ocean, through the Panama Canal, up the Atlantic coast to the Hudson River.  The crane will be used to set modularized sections of the new Tappan Zee Bridge, saving the construction company schedule time, and the state of New York approximately $1 billion.  The modularized sections are constructed on land where it is safer and quicker to work and moved and set into place by this crane.  Zuendt Engineering can show you how your construction project can modularize sections or the structure to decrease construction time, decrease construction cost, minimize workers risk and improve job-site safety.